Channel Chat – The Importance of Compliance 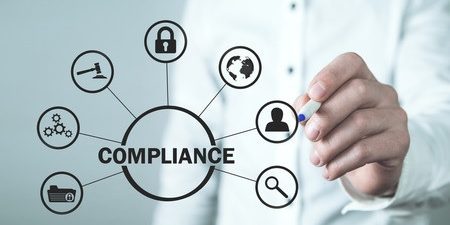 We pride ourselves in ensuring that both us and our Clients are compliant as per LRA, BCEA including related legislation.

The below is an extract and reminder of the importance of the above- mentioned:

PRETORIA SPAR CLOSED DOWN FOR ALLEGED CONTRAVENTION OF LABOUR LAWS

One of Spar’s franchise stores in Elardus Park, Pretoria, has been closed for an alleged failure to comply with various laws, the Department of Labour and Employment said in a statement on Friday.

Following a compliance inspection on Thursday by the department, the South African Police Service (SAPS) and various health and safety regulators, it was concluded that the store should be closed.

The Mooikloof Spar and Meatworld Butchery also came under fire from the various watchdogs.

“Based on the findings of the inspections [at the various stores], it is evident that the employers are violating workers’ rights.

“During the inspection, it was found that the employers are not complying with the Basic Conditions of Employment Act (BCEA), the Occupational Health and Safety Act (OHSA), the Unemployment Insurance Act (UIA) and the Compensation of Injuries and Disease Act (Coida),” said departmental spokesperson Mishack Magakwe.

“The employers failed to provide employees with information concerning remuneration and failed to issue out particulars of employment in the form of contracts, whilst on the other hand engaging in unlawful deductions from employees’ wages,” Magakwe said.

They also allegedly uncovered that employees were exploited because they worked excessive hours without overtime pay and their family responsibility leave was disregarded.

The franchise has been given 14 days to comply with orders issued by the department, failing which, “the department will be left with no choice but to enforce compliance through other avenues”, Magakwe warned.

The department’s provincial chief inspector for Gauteng, advocate Michael Msiza said “all that we need as the department is compliance and respect for the labour laws. We encourage employers to approach the department for advocacy sessions in respect of issues that they may be challenged on”.